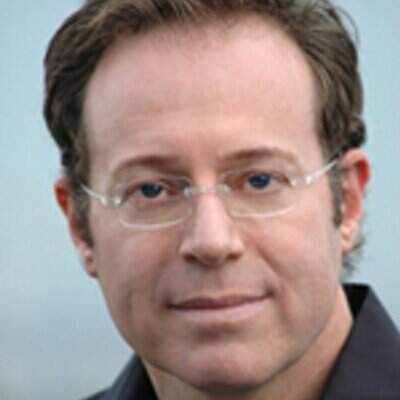 Ami Shafrir is an Internet entrepreneur that started his Internet involvement in 1994 with his company WorldSite networks Inc.

Back in 1994-2000 Ami Shafrir owned a 50,000 ft.² building in 8670 Wilshire Boulevard, Beverly Hills, which back in the 90’s was the first building in the area that had a high-speed fiber connection to the Internet. In 1994 Ami started in his building WorldSite that was providing Internet hosting, Internet payment processing and website programming. WorldSite was hosting the websites for all major Hollywood studios including Paramount, Warner Bros., of the most high-profile Hollywood movies at the time such as Independence Day.

WorldSite also had a subsidiary called ComBill which was processing payments on the Internet and was known in the circle of Internet operators at the time as the first one in the history of Internet to process real-time credit card transaction on the internet. Ami through his company WorldSite was working with banks and the city of Los Angeles providing them online payment systems.

Through his Internet billing platform ComBill Ami’s vision was ahead of its time. Ami Shafrir was pitching banks explaining to them that Internet banking and billing is the future and in the future will be very few physical bank branches and bank tellers. Many bankers laughed at Ami Shafrir for his extreme predictions, but we all know what is reality today for e-commerce and banking on the Internet. Today the billing industry worth multi trillion dollars industry, Ami Shafrir as a pioneer back in 1996 predicted the Internet currencies such as bitcoin and block chain tokens, that is more than 10 years before bitcoin was invented. See the pictures brochure of ComBill at the bottom to reflect this.

FTT had Internet billing platform named UniversalBill existed there before PayPal, providing array of services similar to PayPal in the 90’s, however WorldSite.com, ComBill.com & FTT  companies were destroyed using any possible white-collar crime including forgery of Ami’s signatures 25 times by the convicted brothers Daniel and Abner Nicherie who destroyed the estate of Ami Shafrir who was in the middle of divorce proceeding during 2000-2001.

Former conglomerate valued at $40 million but was poised to become an multibillion-dollar enterprise, all turned to rebel and destroyed by the crimes committed by the Nicherie brothers. Ami Shafrir was working in cooperation with the FBI, criminal division of the IRS, criminal Department of US Department of Labor and Los Angeles US Attorney office to bring these criminals to justice, but at the end once Daniel and Abner Nicherie were arrested there was nothing left of the multimillion-dollar are you done with church? What are you doing now? Enterprise.

During 2000-2004 due to the crimes committed by Nicherie brothers, unfortunately Ami Shafrir was dragged into barrage of litigation and was consumed directly or indirectly with 130 lawsuits and 15 bankruptcies caused by the Nicherie brothers criminal activity as featured in BigCrime.com. In all these lawsuits connected to his name Ami eventually prevailed, and having his hands over $10 million judgments against Daniel Nicherie criminal enterprise still uncollected.